An exhilarating comedy with a mishmash of fatal attractions, passionate love and shameful tricks.

The Örgryte idyll is turned upside down when shipping company owner Göran invites his new found friend for a visit.

The frustration of wife Ellen, the tricks from Doris the housekeeper, the deliberation of the son Dennis and love life of daughter Marianne – the whole family’s existence is at stake in this shattering comedy.

We are playing 25 shows in total, premiering on july 20 and ending on august 27

Comedy classic with music and singing

The production is built on a free interpretation of Jean Baptist Molière’s ”Tartuffe”. We have thickened the story, considerably trimmed down the text, translated, modernized and added. For example, Molière himself appears as a new character to comment on and direct the development of his own play. We have also added the beloved melodies of Mozart which, in our version, have been given a whole new meaning with newly composed lyrics by Daniel Epstein.

We have chosen to be accompanied by the music of Wolfgang Amadeus Mozart. His friendly melodies, along with our new lyrics, connect old times with modern days. The tapestry of melodies which have been skillfully woven together is very fitting to the thickened story of the play.

Each character has their own melody, which emphasizes their quirks and stories. The music drives the story forward in an easy and natural way where the musicians, who are also taking part on stage, are performing custom made music arrangements for clavier, double bass and clarinet. 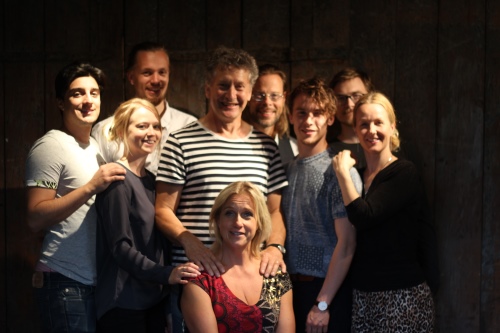 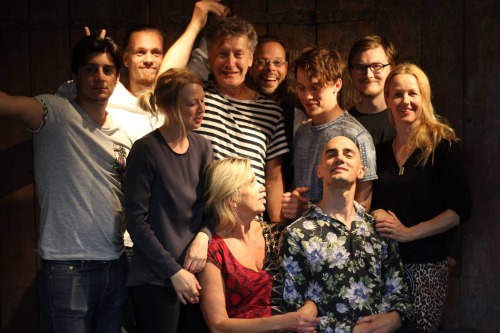